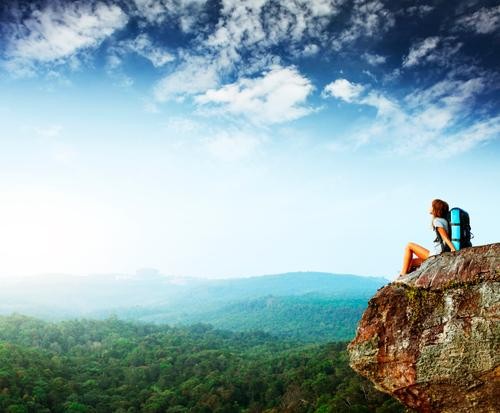 Many people thought that I was crazy for leaving a high-paying corporate job to become a global nomad for five months.  It’s an experience usually reserved for daydreamers around the water cooler and chick-flick movies starring Julia Roberts – not “normal” people with responsibilities and a mortgage.

Or, consider me proof that even “normal” people can initiate epic odysseys. Mine ultimately swept me across Nepal, India, Thailand, China, Highway 101 and Route 66.

I made it a reality and so can you. Here are eight tips to pique your interest and get you started.

I did not wake up one morning and decide to buy a one-way ticket to Nepal. Far from it. The idea blossomed over time, as did the savings. Over the course of a decade, I socked away thousands of dollars into an account that I referred to as “My Unborn Child’s College Saving Account.” (I really did believe that the money would go toward this when I opened the account in my early twenties.) Ultimately, this savings, in addition to hoarding airline miles and hotel points, granted me the financial freedom necessary to take the leap.

The more I talked about the idea of taking a career sabbatical, the more it became a possibility. I became convinced that I could actually do it by speaking it aloud, hypothetically at first, with trusted friends and family. Fast forward to the age of 34: I was confident that it was indeed possible. Verbalizing it brought a dream to life.

Read More: I Hated My Job, So I Quit and Became a Dive Instructor

With no husband or children and money in the bank, the timing was ripe for me to do as I pleased. Why should the security of a job hold me back in fear? It was now, or perhaps never. And never wasn’t an option. So I cannonball-dove into the deep end of travel nirvana, knowing that the bigger regret later in life would be not doing it. 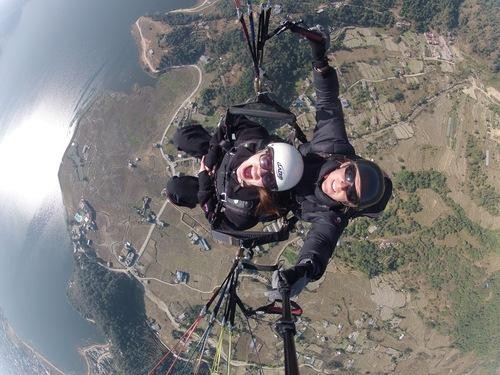 4. Sketch Out an Itinerary

Before quitting my job and finding tenants to pay my mortgage while I’d be away, I plotted the first two months of my itinerary. I knew that Nepal and India would be included, as I had received invitations to study with yoga teachers in those countries. (I am also a yoga teacher.) The rest of the itinerary would be my canvas to paint once I landed overseas. Not over-planning left room for spontaneity based on people I met and opportunities that manifested along the way.

Picking places where the cost of living was cheap was key in stretching my piggybank over many months. What I spent in Asia probably wouldn’t have lasted me one month in Europe. In Nepal, I was staying in $2-per-night teahouses on Himalayan treks; in India, my apartment was $13 per night (pricey by the country’s standards); and in Thailand, my apartment was $14 per night. My biggest expense was the month-long rental car that took me down Highway 101 and Route 66: $2,541.02. 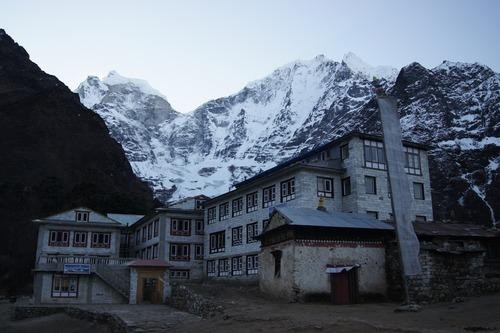 Why not stay in a $2 a night tea house in Nepal. (Photo: Erica Bray)

I stayed plugged into social media while overseas, mainly so people didn’t worry about my safety. In turn, this connection also became a way to crowd-source for ideas mid-journey. While in India, for instance, I polled Facebook friends where I should go next. The consensus was Koh Lanta, an island in Thailand. So that’s where I went.

Social media also saved me some cash. Friends living along Highway 101 – some whom I hadn’t seen in years – invited me to stay with them during my road trip because of my Facebook updates. They’d been following my adventure virtually and wanted to be a part of it.

When packing for a long journey: The less you bring, the better. Because I made a point to travel “cheap” countries, I knew that I could always buy what I needed in markets and local shops. So I boarded my flight to Kathmandu checking one large backpack – that’s it.

For female solo travelers, specifically, there also are a few things I would encourage picking up in advance: a fold-up pocket knife (I never had to use it, but it made me feel safe); full supply of meds (especially birth control, as I learned that some other countries don’t carry specific brands); durable shower cap (especially helpful in the Himalayas, where showers led to icy hair); and a long scarf (handy to cover the head, shoulders and nose, depending on cultural norms and odors). 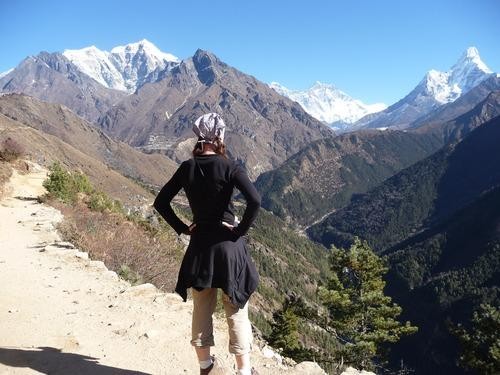 It’s amazing what a simple smile and “Hello” can lead to. It not only prevents loneliness, but can open doors to incredible opportunities that otherwise would remain hidden. Saying “Yes!” to those opportunities led me to swim with an elephant, para-glide in the Himalayas and conduct a choir in Beijing. These are experiences that never would have happened if I said no. The results that come from saying “Yes” while traveling are a reminder for why I should say it more in everyday life. 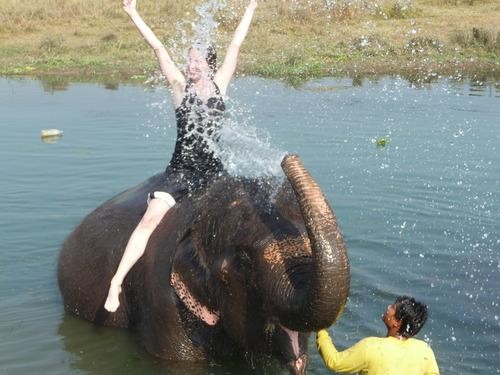 Erica Bray is a travel marketing consultant, writer and yoga teacher based in Chicago. She does a handstand everywhere she travels, a tradition she’s been honoring since the age of 19 – even risking arrest in some cases.

This site uses Akismet to reduce spam. Learn how your comment data is processed.

“To move, to breathe, to fly, to float; to gain all while you give; to roam the roads of lands remote; to travel is to live.” ― Hans Christian Andersen